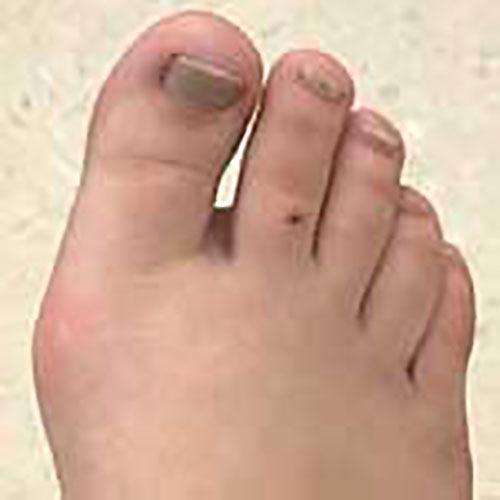 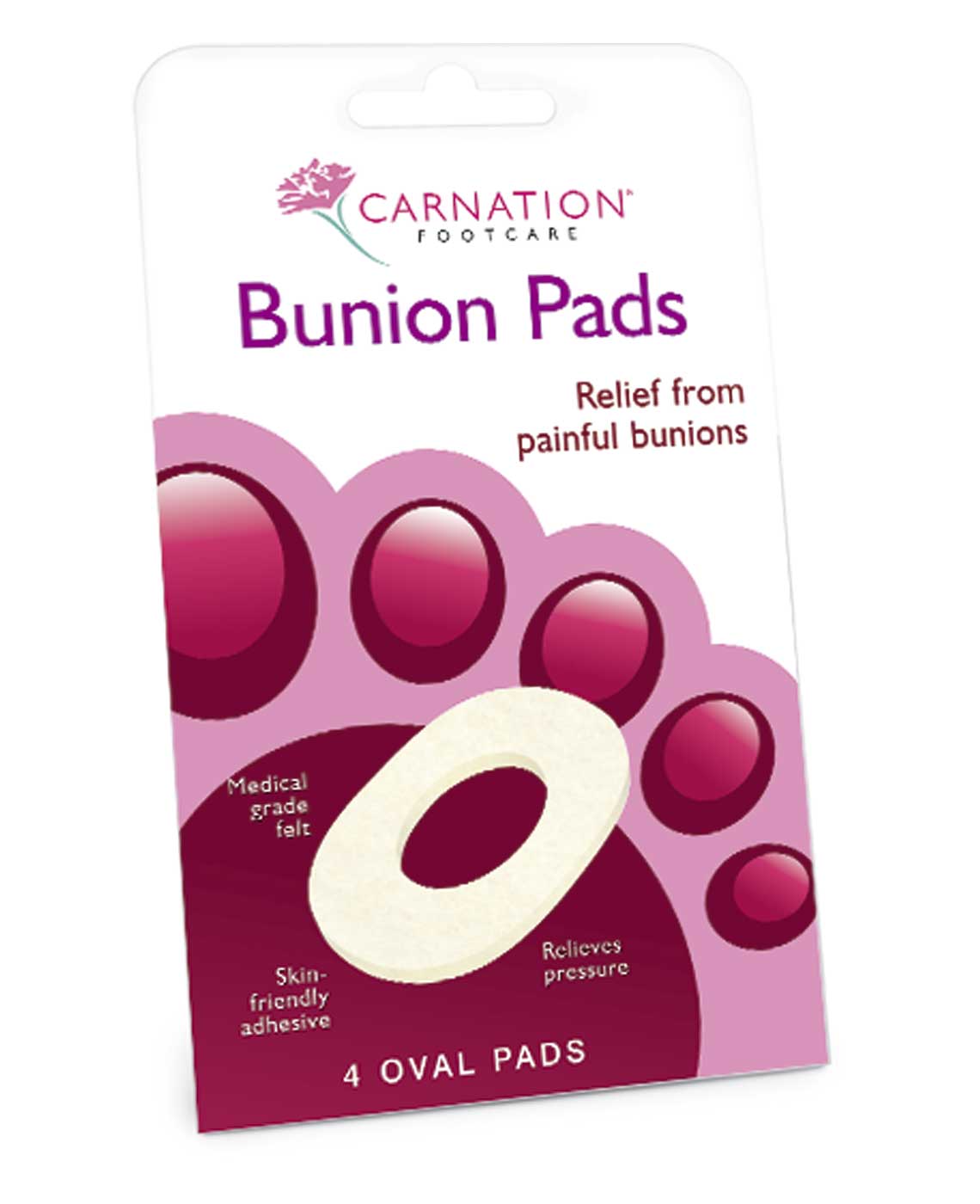 A bunion is an inflamed fluid-filled bursa formed on the side of the foot. The joint protrudes because the toe is bent away at an angle, pushing into the other toes and causing them to bend unnaturally.

Sometimes the second toe is forced over the big toe leading to the toes being crammed together and subsequently, as a result of the pressure, to the formation of corns and callouses.

Identifying bunions by appearance and symptom:

Wearing a bunion pad or shield which fits the contour of the joint will relieve pressure on the bunion, as will wide fitting shoes. In a small number of extreme cases, surgery can be performed, which involves straightening the toe by removing parts of the deviated bones.

Carnation Bunion Pads are shaped to fit around the bunion and are made from felt, which spreads the load to give maximum comfort.

Carnation Gel Bunion Protectors are made from soft, flexible gel with a toe loop to help positioning over the bunion. They can be washed for repeated use.

The information contained within this website is not intended as a substitute for the advice of a healthcare professional. If you are worried about your feet, if you suffer from diabetes or need advice for other specific reasons, talk to your pharmacist, general practitioner or a chiropodist.